M K Venu ruminates on a conference organized to commemorate the reforms in 2006, and the anecdotes which emerged from key architects of the reforms such as Manmohan Singh, Montek Singh Ahluwalia and more. He discusses how the reforms had to be implemented by "stealth", due to political opposition.

Well there is one personal anecdote which is interesting. You know when India was opening up its trade barrier, opening up its trade, imports, earlier everything was, our average duty of 200% - 300%. Even small things were not allowed to be imported. So, I used to cover Finance Ministry in those days. In one of the seminars, subsequently, I think, when I was editor of Financial Express, sorry when I was, when I was the op-ed editor at The Economic Times in 2006, we got all the original team of 1991 reforms, you know the ‘Economic Reforms’ Team under Manmohan Singh as Finance Minister. So we had Rangarajan who was then in RBI, we had Montek Ahluwalia who was the Finance Secretary, and various people who participated. Mr P Chidambaram who was the Commerce Minister in the Government in ‘91 - ‘92. So, we brought them all together on stage to discuss what, how things were then and now. So there were a lot of anecdotes shared.

And one of the anecdotes which I think Montek Ahluwalia had shared, even N.K.Singh had shared was that when they used to go abroad for conferences, they would carry their suits, dry-cleaned suits from Delhi and when they would, in the hotel that they stayed, when they would get into the lift to go to the Conference Room, so N.K.Singh, Montek said that our suits were smelling of kerosene. Those days you know the dry-clean equipment used to be very primitive and they used to put kerosene to dry-clean and the smell used to stay. So that point, N.K.Singh said so why don’t we allow the import of dry-cleaning equipment so that you get rid of this problem, smelling like kerosene when you go to conferences abroad. So from there came the idea of, so they went and looked at all the items, dry-cleaning import, equipment import, So, it was either free or it was, the import was freed later. So, they said this solved the problem of smelling of kerosene abroad, when they go abroad by letting the import of dry-cleaning equipment.

And of course, there has been other anecdotes also, how Manmohan Singh, when Narsimha Rao implemented reforms, there was a strong pushback which came from a section of socialist lobby in the Congress and also the left and even BJP was at that time opposing some of the aspects of the reforms. So, they didn’t want to two states devaluation of the rupee at that time. They felt that people associate the currency with Nationalist kind of sentiment. Currency had to be strong. But currency at that time had to be devalued because India only had barely two weeks of foreign exchange to meet this two weeks of import. So, India’s external sector situation was very bad. So, it was not competitive. So, they had to devalue the currency.

So, they did the first, the first shot of devaluation happened on a certain day and for the second shot was to happen on, I think, after one or two days. Meanwhile, some of the Congress leaders were opposing the second phase of devaluation. So, but Narsimha Rao had already told, had given a green signal to Manmohan Singh. But it seemed from the conversation that they had on the stage in 2006 when discussing the reforms’ period on the participants.

I think Dr Rangarajan said that he got instructions from Manmohan Singh that next day he had to do the second phase. And those days you didn’t have mobile phones. Right. But Mr Narsimha Rao, because of political pressure, wanted to delay the second phase of devaluation. So, he apparently called Manmohan Singh’s house but Manmohan Singh pretended that he’d gone off to sleep. So, they couldn’t actually reach the RBI governor. So, next morning that second phase also happened. So, there was a bit of stealth involved in pulling it off. A lot of reforms were opposed by the political class, they had to be done by stealth which is one of the criticisms against India’s economic reforms because it is said that they were not transparently discussed or debated with the people participating in it. 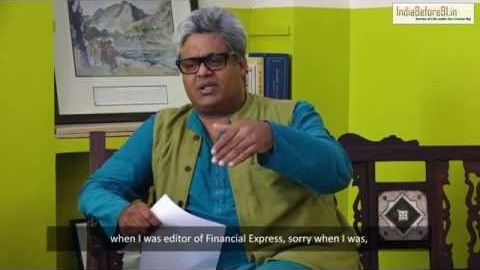