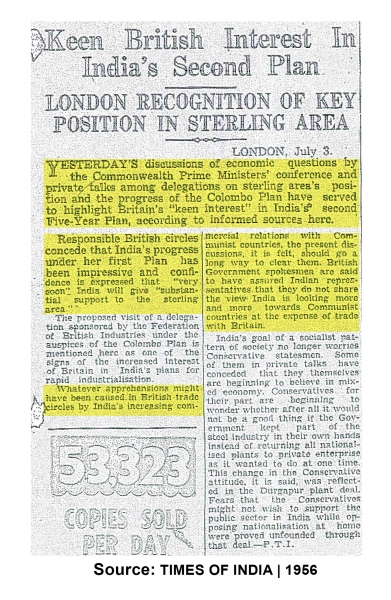 Yesterday's discussion of economic questions by the Commonwealth as Prime Ministers' conference and private talks among delegations on sterling area's position on the progress of the Colombo Plan have served to highlight Britain's "keen interest" in India's second five-year plan, according to informed sources here.

Responsible British circles concede that India's progress under the first plan has been impressive and confidence is expressed that "very soon" India will give "substantial support to the sterling area."

Whatever apprehensions might have been caused in British trade circles by India's increasing commercial relations with Communist countries, the present discussions, it is felt, should go a long way to clear them. British government spokesmen Ate said to have assured Indian representatives that they do not share the view India is looking more and more towards Communist countries and the expense of trade with Britain.