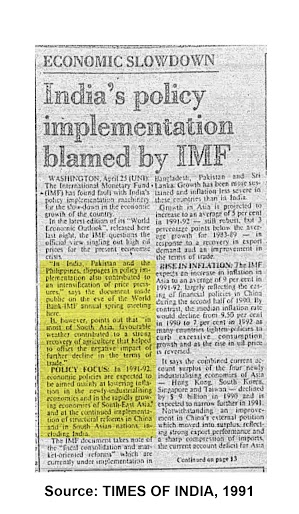 “In India,Pakistan and the Philippines,slippages in policy implementation also contributed to an intensification of price pressures,” says the document inside public on the eve of the World Bank-IMF annual spring meeting there.
It however,points out that “in most of South Asia,favourable weather contributed to a strong recovery of agriculture that helped to offset the negative impact of further decline in terms of trade.”
POLICY FOCUS:In 1991-92 economic policies are expected to be aimed mainly at lowering inflation in the newly industrializing economics and in the rapidly growing economics of South-East Asia and at the continued implementation of structural reforms in China and in South Asian nations including India.