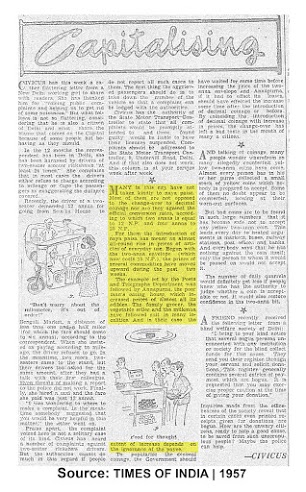 Many in this city have not taken kindly to naya paisa.Most of them are not opposed to the change over to decimal coinage nor are they against the official conversion rates,according to which two annas is equal to 12 N.P. and four annas to 25 N.P.
For them the introduction of naya paisa has meant an almost all round rise in prices of articles of everyday use.Begun with the two-anna envelope (which now costs 13 N.P.),the prices of several commodities have moved upward during the past two weeks.
The example set by the Posts and Telegraphs department was followed by Annapurna,the poor man's eating house,which increased prices of almost all its edibles.The family grocer,the vegetable seller and the milkman have followed suit in many localities.And in their case the extent of increase depends on the ignorance of the payee.