ECONOMIC CRISIS DEEPENS I MAY 1991 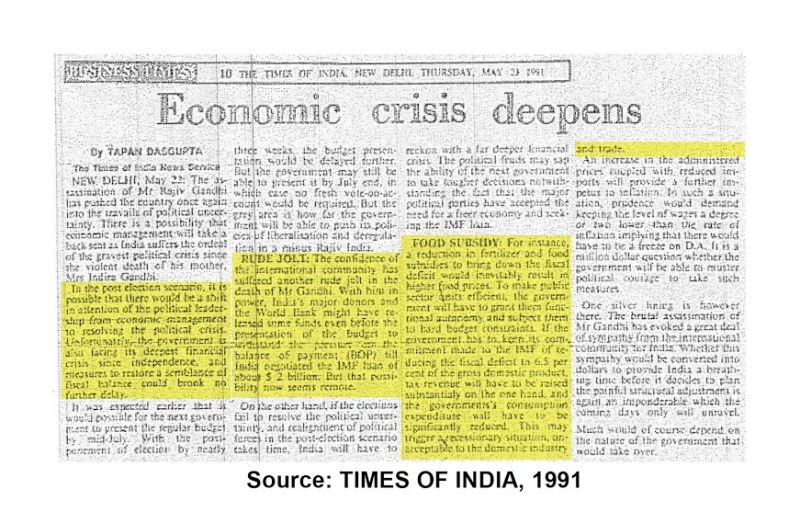 In the post election scenario,it is possible that there would be shift in attention of the political leadership from economic management to resolving the political crisis.Unfortunately,Government is also facing its deepest financial crisis since independence,and measures to restore a semblance of fiscal deficit could brook no further delay.
RUDE JOLT:The confidence of the International community has suffered another rude jolt in the death of Mr. Gandhi.With him in power,India's major donors and the World Bank might have released some funds even before the presentation of the budget to understand the pressure on the balance of payments till India negotiated the IMF loan of about $2 billion.But that possibility now seems remote.
FOOD SUBSIDY:For instance,a reduction in fertilizer and food subsidies to bring down the fiscal deficit would inevitably result in higher food prices.To make public sector units efficient,the government will have to grant them functional autonomy and subject them to hard budget constraints.If the government has to keep its commitment made to the IMF of reducing the fiscal deficit to 6.5 percent of the gross domestic product,tax revenue will have to be raised substantially on the one hand,and the government's consumption expenditure will have to be significantly reduced.This may trigger a recessionary situation,unacceptable to the domestic industry and trade.