Sanjeev Prasad discusses the extraordinary degree of freedom to innovate, and explore new avenues, that he experienced as a young student in the United States of America. He argues how the freedom to fail and learn from your failures without social censure was what was missing in India before the 1991 economic reforms. He also discusses the impact of the reforms on IT industry.

I must say that the exposure you got, the information you got, truly was remarkable, if you ask. However, I must add that internet has not stopped. The advantage of learning in the US, right, and coming back to India: you still had a two-three year advantage. Information never flew that fast between countries. But guess what? Even within the US, information was not, I would say, being disseminated or distributed, the way it started happening post the internet age. So obviously, the exposure, the creativity, was massive.

I, after my graduation, after doing my masters from Texas, I straight away moved to The Valley, which was in 1985 and I can tell you this, I started off with a start-up company. My first job was a healthcare start-up. The freedom to think, the freedom to create, freedom to fail, and not be judged otherwise, and get up and learn and then again come up with something new was what I was exposed to. Let me put it, you actually, one biggest learning that I had was that fear went away. In India, you always were afraid of failure, of being judged. I can say that in the US, especially when I went to the Valley, I just, it was a liberating experience. And that I think I’ll carry with me through my life.

Obviously as you become older, your risk capacities kind of change and I am saying change, right? But the real learning was the fact that you could do anything you wanted to do. That means you could actually explore your potential which was being limited in this country in a lot of ways. I was, I would say, I was one of the lucky ones because I went to a school like the Doon School, where you got a vision for yourself.. But even having said that, even having gone to a place like that, and having all the advantage, for me to create something, to think of something new, to be judged just on what you do rather than who you are was a truly liberating experience, as far as I am concerned, in the Valley. So it is very interesting.

I have a contrarian story on this as far as I am concerned. And the contrarian story is, I came back in ‘93, I came back just when Babri Masjid happened, right and believe me that’s the time I thought why have I come back? Although I stuck it out. You know, I was in the IT industry. I started an IT company. I think the most bureaucratic part of it was actually starting up an IT company and getting it registered and all that. It was a big deal. It would be a 5 minute job or a one day job at any other place but in a place like India, that was not. And we had planned ahead of times. We had a company registered. I mean that was considered an achievement just to have it in place.

But having said that, I have, as far as I know, I did a lot of work in the government sector, in the public sector and I can tell you this, I never had to pay anybody. I can tell you, in the ‘90s people can say what they want but IT industry and I think the reason, I think the reason is the government didn’t know what was happening in the IT industry because there was no government influence, there was, the government did facilitate through a you know, export promotion zones etc. But in reality, they didn’t know what was going on, so they didn’t regulate it and you could do what you wanted to do. 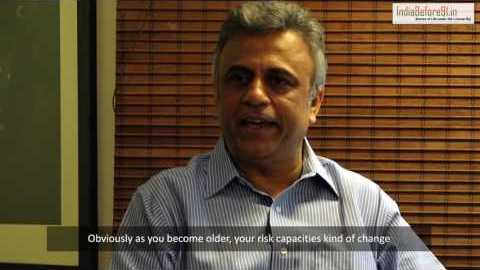