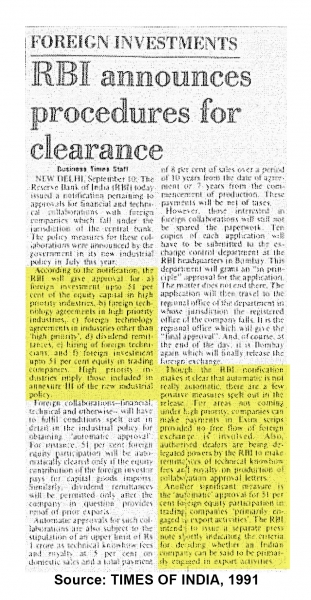 Though the RBI notification makes it clear that automatically is not really automatic, there are a few positive measures spelt out in the release. For areas not coming under high priority companies can make payments in Exim scripts provided no free flow of foreign exchange is involved. Also, authorised dealers are being delegated powers by the RBI to make remittances of technical knowhow fees and royalty on production of collaboration approval letters.