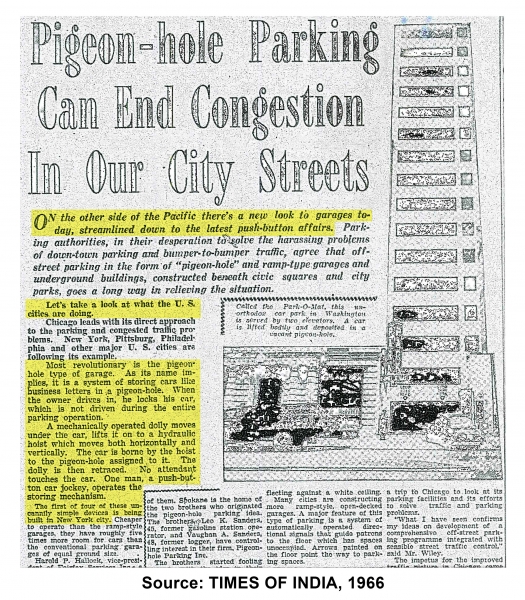 On the other side of the Pacific there's a new look to garages today, streamlined down to the latest push-button affairs.

Let's take a look at what the U.S. cities are doing.

Most revolutionary is the pigeon hole type of garage. As its name implies, it is a system of storing cars like business letters in a pigeon-hole. When the owner drives in, he locks his car, which is not driven during the entire parking operations.
A mechanically operated dolly moves under the car, lifts it on to a hydraulic hoist which moves both horizontally and vertically. The car is borne by the heist to the pigeon-hole assigned to it. The dolly is retraced. No attendant touches the car jockey, operates the storing mechanism.
The first of four of these uncannily simple devices is being built in New York City.