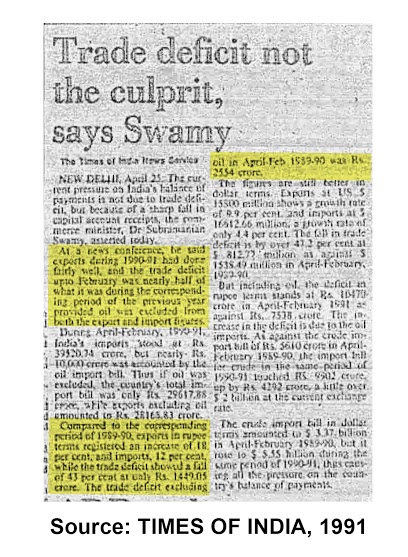 At a news conference,he said exports during 1990-91 had done fairly well and the trade deficit up to February was nearly half of what it was during the corresponding period of the previous year provided oil was excluded from both the export and import figures.
Compared to the corresponding period of 1989-90,exports in rupee terms registered an increase of 18 percent, and imports,12 percent,while the trade deficit showed a bill of 43 percent at only Rs. 1449.05 crore.The trade deficit excluding oil in April-Feb 1989-90 was Rs. 2554 crore.