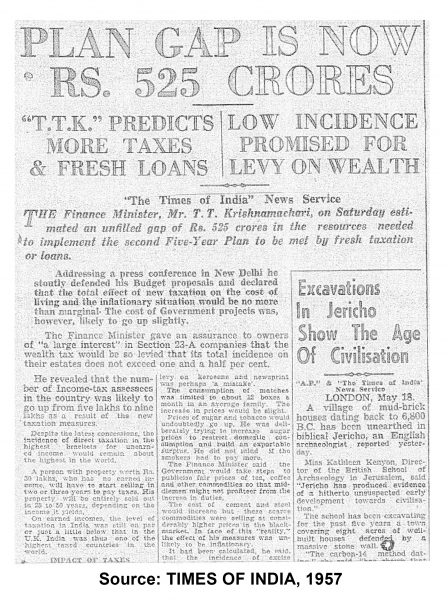 THE Finance Minister, Mr. T. T. Krishnamachari, on Saturday estimated an unfilled gap of Rs. 525 crores in the resources needed to implement the second Five - Year Plan to be met by fresh taxation or loans.
He revealed that the number of Income-tax assessees in the country was likely to go up from five lakhs to nine lakhs as a result of the new taxation measures.
Despite the latest concessions, the incidence of direct taxation in the highest brackets for unearned income would remain about the highest in the world.
A person with property worth Rs. 30 lakhs, who has no earned income, will have to start selling in two or three years to pay taxes. His property will be entirely sold out in 25 to 50 years, depending on the income it yields.
On earned incomes, the level of taxation in India was still on par or just a little below that in the U.K. India was thus one of the highest taxed countries in the world.