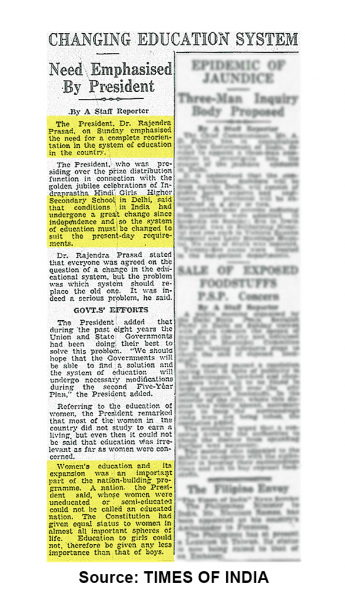 The President, Dr. Rajendra Prasad, on Sunday emphasised the need for a complete reorientation in the system of education in the country.
The President.. said that conditions in India had undergone a great change since independence and so the system of education must be changed to suit the present-day requirements.
Women's education and its expansion was an important part of the nation-building programme. A nation, the president said, whose women were uneducated or semi-educated could not be called an educated nation. The constitution had given equal status to women in almost all important spheres of life. Education to girls could not, therefore be given any less importance than that of boys.